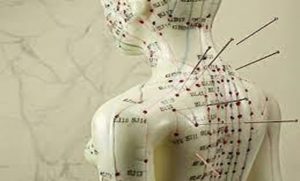 Have you ever wondered how exactly acupuncture came about? Acupuncture theory and practice originated in China, and for a hundred years, it was recorded and mentioned in documents before the Common Era. In the past, acupuncturists used long, sharp bones and sharp stones to treat people about 6000 BCE, unlike today when needles are used. They also used the tools for simple surgical procedures, such as lancing an abscess.

The 198 BCE sealed documents in the Mawangdui Tomb inn Ma-Wang-Dui tomb, China doesn’t have acupuncture references, but the documents only related to the meridians’ system. According to the acupuncture theory tradition, energy flows in human bodies, and that way, it can be channeled to create health and balance. The energy flow is referred to as qi but pronounced “chee”.

According to acupuncture theory, qi moves throughout the meridians, the 12 main channels in the body. They represent the body’s significant functions and organs, but energy doesn’t follow particular pathways of blood flow or nerves.

It is also said that the tattoo marks on Ötzi, the ‘Ice Man’ who lived around 3300 BCE, resembled some restorative treatment involving meridians. The Ice Man was found after the melting of the Alpine glacier.

The earliest documentation on acupuncture procedures is the traditional medical medicine of Huangdi in 100 BCE. In this book, knowledge comes in the form of questions posed by the emperor, answered by Chhi-Po, his learned minister. This book contains detailed knowledge about the concept of qi meridians or ducts. However, detailed information about the exact location of the acupuncture points developed later.

The Development of Acupuncture

Acupuncture developed after some centuries and gradually turned out to be one of China’s standard treatments. It was supported and complemented through herbs, diet, massage, and heat therapy or moxibustion. The 15th century saw the outlining of bronze statues with acupuncture points which were used for examination and teaching purposes.

Since the 17th century, acupuncture’s interest began to weaken after the practices were termed irrational and full of superstition. The Imperial Medical Institute later excluded acupuncture after the 1822 emperor decree. However, some scholars and rural healers continued holding on to the practice.

With the increase of Western medicine during the 20th century, acupuncture practices fell into disrepute further. In 1929, the tradition was banned in China together with other traditional medicine practices.

The Communist government restored traditional forms of medicine, including acupuncture, in 1949. It launched acupuncture research institutions in various parts of China in the 1950s, and this practice continued to be applied in several hospitals.

This practice spread to several other countries. Japan and Korea acquired knowledge in the 6th century. Ten Rhijne, a European physician who worked at the East India Company, gave a medical description of this practice around 1680. At the beginning of the 19th century, Britain and the United States also became interested in this ancient treatment.

In 1971, a member of the American press received acupuncture treatment and recovered from an emergency appendectomy in China. He shared his experience in The New York Times and aroused interest in the success of the process.

The National Institutes of Health (NIH) consensus meeting reported that, at least in some cases, there was evidence to prove the effectiveness of acupuncture as a treatment option for various conditions.

Acupuncture is the process of inserting fine needles into the skin. Mayo Foundation for Medical Education & Research (Mayo Clinic) noted that regular sessions involve lying still with about five to twenty needles inserted into someone’s skin. In most cases, needles are left to stay in place for between ten and twenty minutes. The process may be associated with the applying of laser light, pressure, or heat. Traditionally, acupuncture is personal, based on intuition and philosophy rather than scientific research. In the early 20th century, Japan also developed a non-invasive treatment that used a complex set of equipment and needles to treat children.

Clinical practice varies by country/region. A comparison of the number of patients treated per hour shows a significant difference between China and other countries such as the United States. Chinese herbal medicine is used regularly. There are a variety of acupuncture methods that combine different philosophies. Despite the emergence of various practical acupuncture techniques, traditional Chinese medicine (TCM) appears to be the most broadly used method in the United States. Traditional acupuncture includes needle insertion, cupping therapy, and moxibustion and may be accompanied by other procedures, such as examining the tongue, feeling the pulse, and other body parts.

The United Kingdom, on the other hand, mainly embraces Western medical acupuncture and TCM. The former deals more with the adapting of TCM-based acupuncture, which concentrates less on TCM. The Western approach also entails employing acupuncture following a medical diagnosis. In traditional acupuncture, the acupuncturist determines the acupuncture points by observing and questioning the patient for diagnosis depending on the tradition. TCM entails four diagnostic methods: inspection, auscultation & olfaction, inquiring, and palpation. The methods concentrate on the tongue and face and analyze the coating, color, tension, shape, and tongue size. There is also checking of the presence or absence of teeth marks around the patient’s edge.

Acupuncture also plays a vital role in modern life. This is usually true for people looking for pain relief, stress relief, and multiple health conditions that the practice alleviates. Peter Lok Acupuncture, located in the heart of Las Vegas, can help you achieve your health goals through this prestigious form of traditional Chinese medicine. The true principle of acupuncture is based on the belief that practice can help you balance qi’s energy flow in your body. Dr. Peter Lok abides by these principles and is committed to improving your health and lifestyle at Lok Acupuncture Clinic.

Font Resize
Contrast
Accessibility by WAH
Call Us Text Us